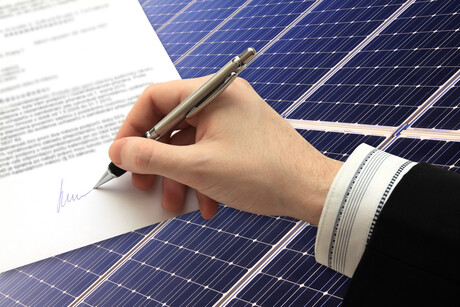 The $9 million project will see the company’s technology scaled from an industrial-sized cell to a commercial-sized module that could be used on household rooftops. A small-scale automated production line prototype will also be developed, with the eventual aim to produce the technology in Australia.

A key barrier to the broader adoption of next-generation solar cell technologies is the use of silver. Globally, solar manufacturing is already estimated to represent 20% of the world’s total annual industrial silver consumption. This presents an ongoing supply risk as solar demand grows and is further exacerbated if the industry moves to higher-efficiency, next-generation solar cell structures, which require 2–3 times more silver per cell.

SunDrive’s technology replaces the use of silver with copper, which is significantly cheaper and more abundant. The technology was originally developed by SunDrive CEO Vince Allen during his PhD at UNSW Sydney, before founding SunDrive in 2015 with his flatmate from his undergraduate studies, David Hu.

In addition to lowering production costs, SunDrive is aiming to further improve efficiencies with a simpler manufacturing process and a thinner solar cell that will require less silicon to produce. With ARENA’s support, the company intends to expand its team to include 10 additional staff.

SunDrive initially aims to use its technology to focus on the rooftop solar sector, where space is at a premium and higher-efficiency cells can produce greater amounts of energy for a given footprint. Over time, the technology is expected to become more cost-effective than current solar cell technologies and to be adopted for large-scale solar.

“Through technological innovations from start-ups like SunDrive, Australia will remain at the forefront of solar innovation and research and development for years to come.”

“With this project we have an opportunity in Australia to lead the world in creating the best version of next-generation solar cells,” Allen added. “Our goal is to use the learnings from this project to bring to life a superior solar technology, creating new local industries which can compete on the global stage.”

Researchers have identified a key point where the performance of thin-film solar cells can be...

How does orange peel help with battery recycling?

Fruit peel waste can be used to extract and re-use precious metals from spent lithium-ion...