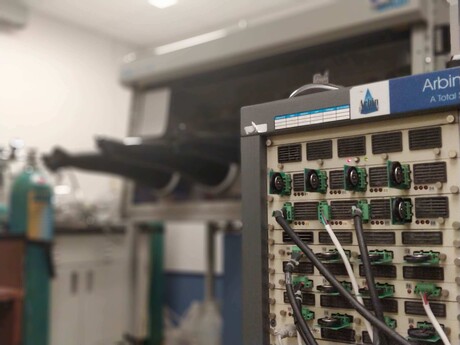 Researchers from The University of Texas at Austin have found a way to stabilise one of the most challenging parts of lithium–sulfur batteries, bringing the technology closer to becoming commercially viable. Their breakthrough has been published in the journal Joule.

Lithium–sulfur batteries have been hailed as the next big step in battery technology, suitable for devices that need lightweight batteries and can run for a long time on a single charge and don’t require a large number of charge cycles, such as drones. Both the positive and negative electrodes in lithium–sulfur batteries hold 10 times as much charge capacity as the materials used in lithium-ion batteries, which means they can deliver much more use out of a single charge.

Sulfur is also widely available as a by-product from the oil and gas industry, making the batteries inexpensive to produce, and is more environmentally friendly than the metal oxide materials used in lithium-ion batteries. However, lithium–sulfur batteries don’t currently last as long as their lithium-ion counterpart, degrading over time.

Lithium is a reactive element that tends to break down other elements around it. Every cycle of a lithium–sulfur battery — the process of charging and discharging it — can cause mossy, needle-like deposits to form on the lithium-metal anode, the negative electrode of the battery. This starts a reaction that can lead to the battery’s overall degradation.

The deposits break down the electrolyte that shuttles lithium ions back and forth. This can trap some of the lithium, keeping the electrode from delivering the full power necessary for the ultralong use the technology promises. The reaction can also cause the battery to short-circuit and potentially catch fire.

The researchers found that creating an artificial layer containing tellurium on top of the lithium electrode can make it last four times longer. The artificial layer protects the electrolyte from being degraded and reduces the mossy structures that trap lithium from forming during charges. 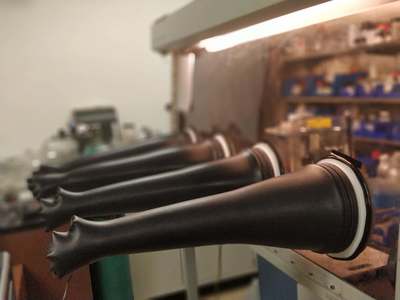 A glovebox used for testing the batteries. Image credit: The University of Texas at Austin.

“The layer formed on the lithium surface allows it to operate without breaking down the electrolyte, and that makes the battery last much longer,” said study co-author Amruth Bhargav. Co-author Sanjay Nanda added, “The stabilising layer is formed by a simple in-situ process and requires no expensive or complicated pre-treatment or coating procedures on the lithium-metal anode.”

Solving the instability of this part of the battery is key to extending its cycle life and bringing about wider adoption, with corresponding author Professor Arumugam Manthiram saying the new method can be applied to other lithium- and sodium-based batteries. The researchers have since filed a provisional patent application for the technology.

Top image: The batteries were tested in Professor Arumugam Manthiram’s laboratory. Image credit: The University of Texas at Austin.

How does orange peel help with battery recycling?

Fruit peel waste can be used to extract and re-use precious metals from spent lithium-ion...

The EPIC project aims to accelerate the drying of high-quality electrodes for lithium-ion...